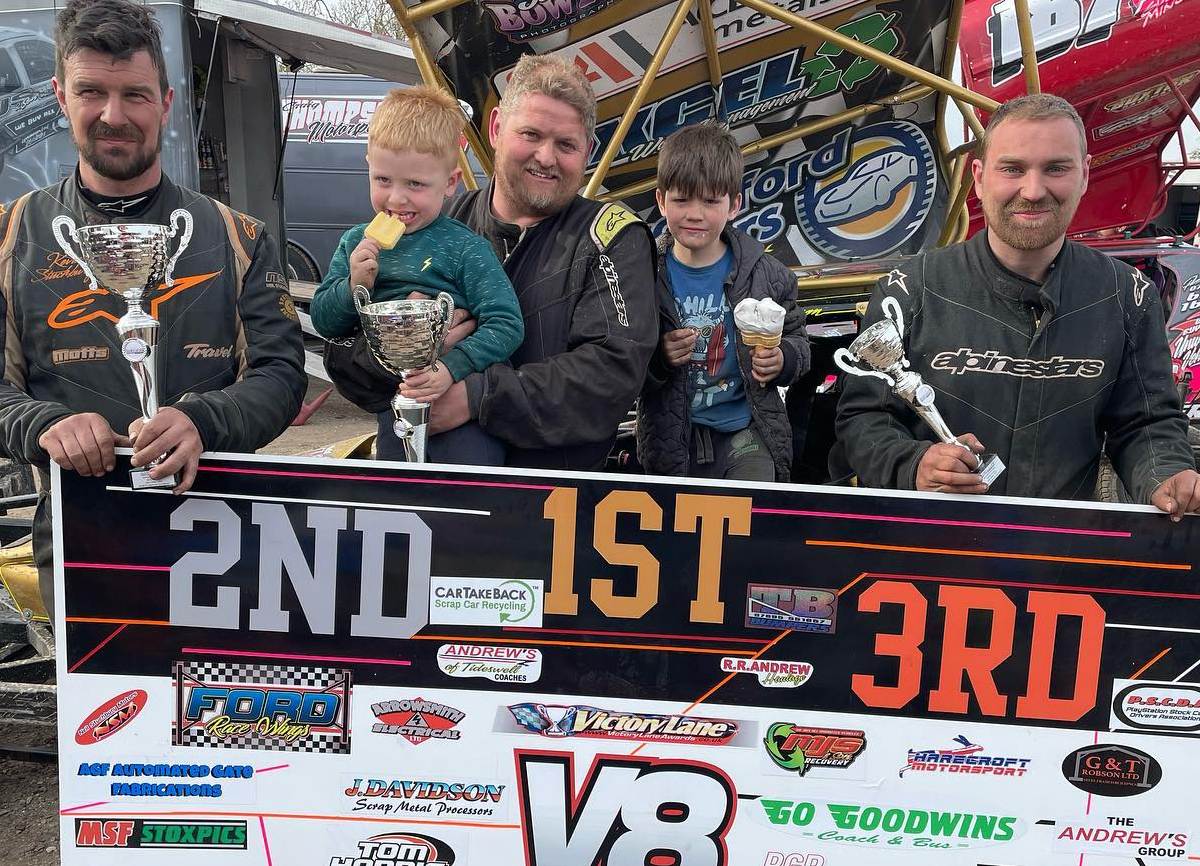 After a weekend at the fast Hednesford bowl the V8s were back at, some would argue, the spiritual home for the V8s - Northampton Shaleway; on a pleasant and warm Sunday afternoon.

Heat 1 saw a slippery track with 490 Craig Thompson mastering the surface best while many of the runners suffered from spins or tried to navigate through those spinning! Craig, from Blue grade, never looked back taking a strong win from 131 Kevin Stuchbury and 77 Rudi Coleano 3rd.

Heat 2 was another great race with track surface much more drivable with the racers able to get the power down earlier; but  once again 490 Craig Thompson launched away and soon got to the lead while others battled for position further down the pack. Early season charger 288 Jon Brown pulled off with engine problems which would sadly end his day. As the boards came out fast moving 222 Guy Jolly was into 2nd and closing down 490; and as they went into the final corner Jolly lunged at Craig making a good effort but it wasn't quite enough to move the 490 car and Craig went on to take his second win of the day. Leaving 222 Guy Jolly second, and 1 Steve Thompson third.

By the Grand Final, the track surface was very slick with a black layer of rubber on the tight Northampton track. Drivers tried plenty of different lines to find the grip, and the start proved chaotic with a pile up taking various cars out of the running. Worst off was 10 Gilen Bullock who sadly needed medical attention which bought a restart on the restart once again. We're pleased to say everything is okay with Gilen. 490 Craig Thompson shot away on the restart but was soon overhauled by his brother 1 Steve Thompson who took the lead and was never caught after 131 Kevin Stuchbury took second place from Craig soon after Craig crashed out with 454 Tommy Andrews bringing an end to his good days racing. The final podium spot was between 176 Stephen Young and a driving very well 525 Amy Jagger. 176 got the better deal just to take the final podium spot.

We're pleased our drivers had a a great day in the sun and we're pleased to see the season is shaping up to be a great one! 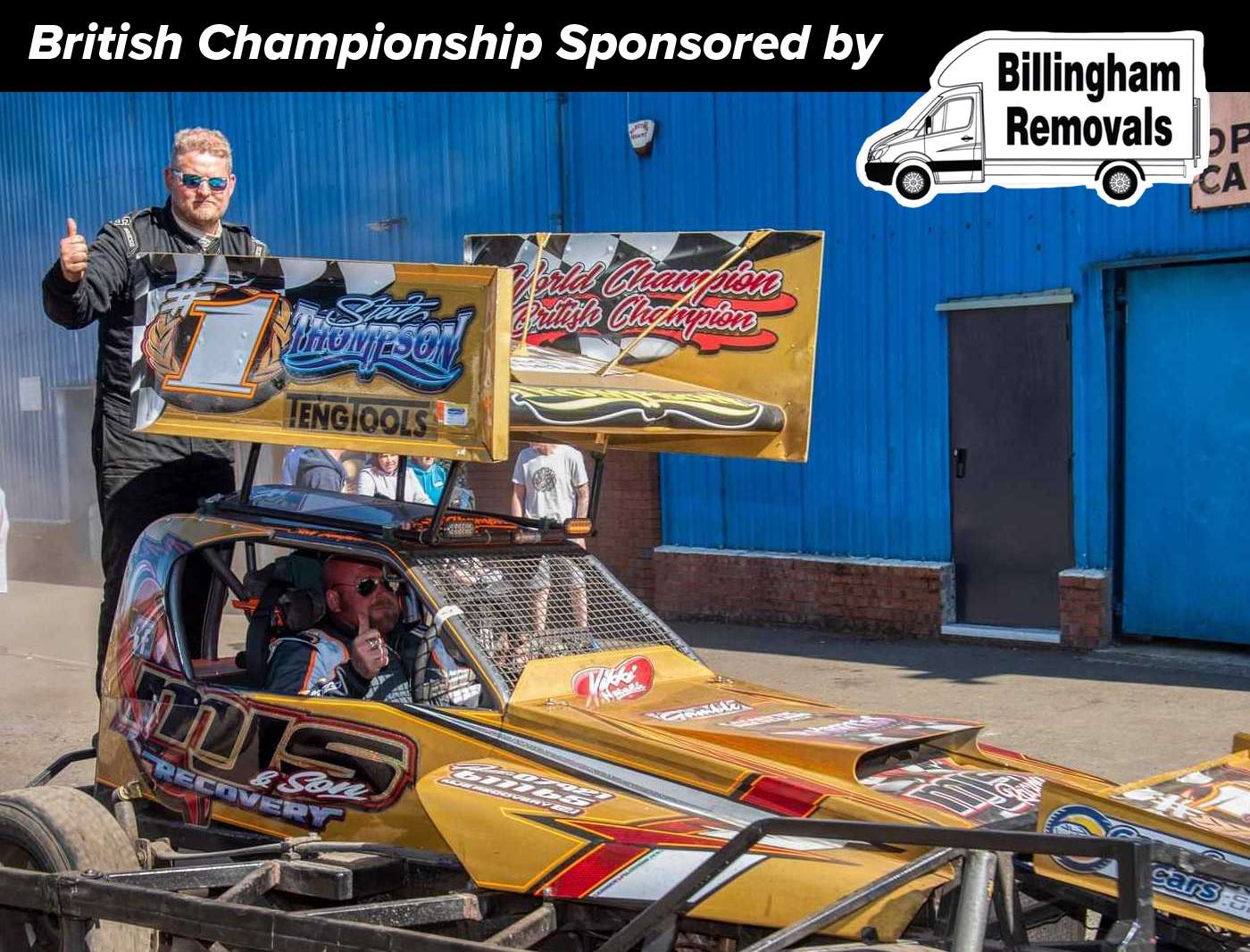